The Lebanon Police Department currently has five(5) officers assigned to the traffic unit, which is part of the Patrol Division. They have multiple duties including, but not limited to: responding to accidents, enforcing traffic regulations, controlling traffic at major events in the city, leading funeral processions, and investigating all major accidents involving serious injury or death. They are occasionally sent to other localities to assist in funeral processions for fallen officers. Two officers are assigned to the Aggressive Driving Unit, which patrols the interstate enforcing traffic laws. There are also two motorcycles assigned to the traffic unit. 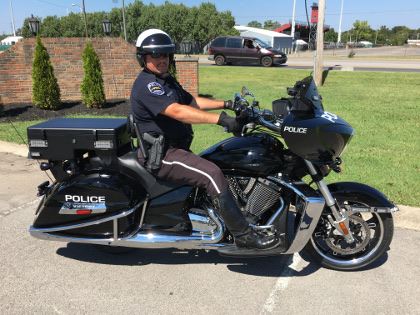