January and February was our Weather Awareness Display featuring our City Workers repairing and cleaning up after natural disasters. The displays included a 3-dimensional display of where to find shelter in a house during a tornado, weather sayings, and more. The prizes during this display were four MIDLAND Weather Alert Radios. Two radios were given to Citizens and two radios were given to City Employees (Misty from Utilities and Lavinia from Maintenance) who had participated. Congratulations everyone!!! 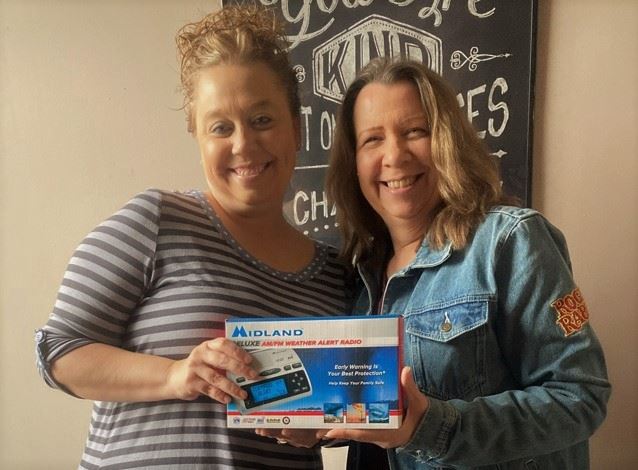 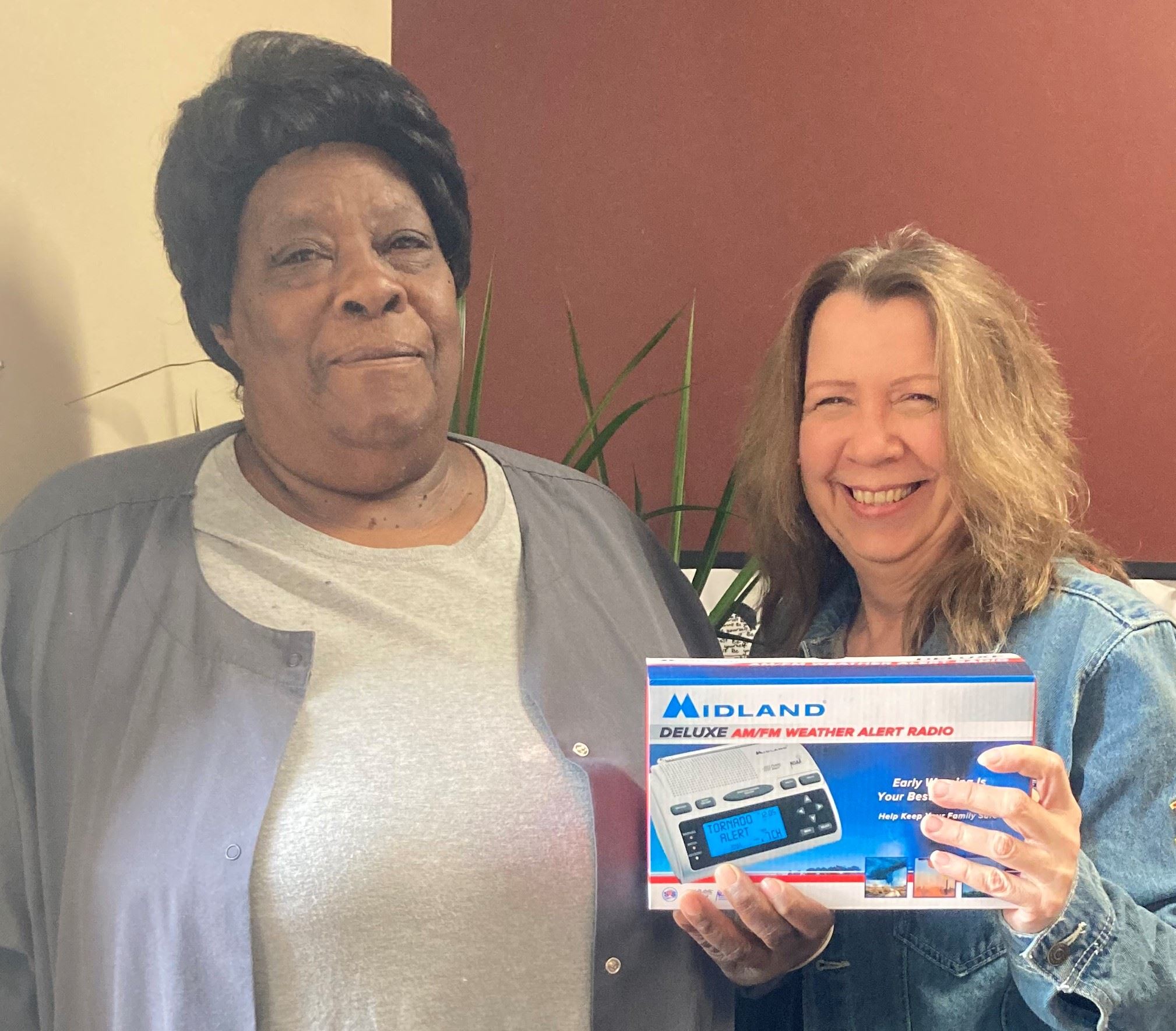 And our Citizen winners were... 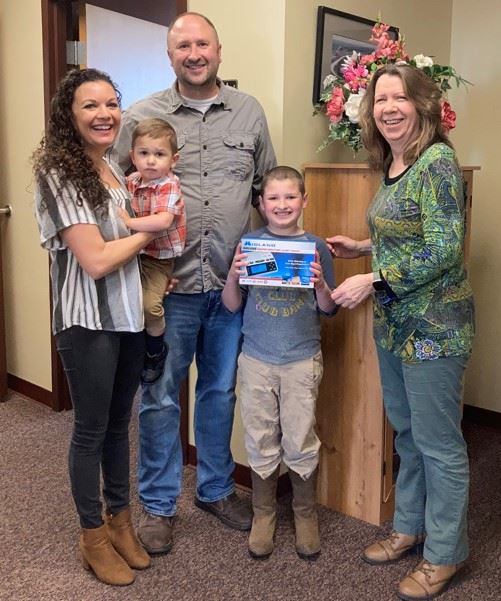 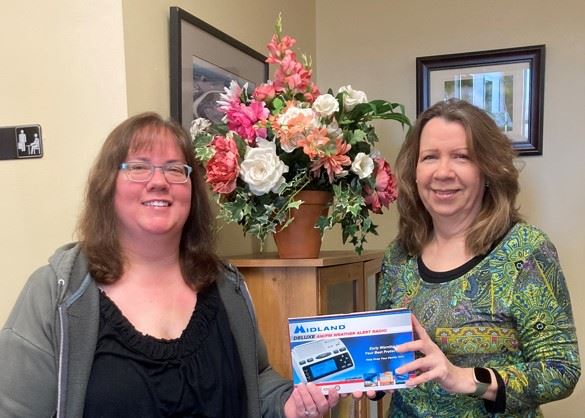 And Michelle and her son Kyle (not able to be present) won a radio.